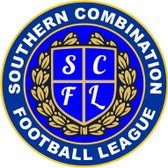 Division Two of the SCFL will again consist of 15 sides, following the release of the 2019/20 constitution by the FA.

Roffey - who finished third last season - are promoted to Division One for the first time in their history, while Westfield have received a lateral move into the Mid Sussex Football League Premier Division.

Meanwhile two familiar names re-join the SCFL - St Francis Rangers, who folded as a Division One side last season - and TD Shipley, who last featured in 2012/13, and were runners-up in last season's West Sussex Premier Division.

The full list as follows (subject to ratification at the SCFL AGM):