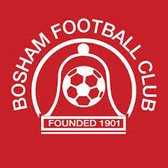 Bishop – who was at Horndean Reserves last summer joined us late in the 18/19 pre-season and took charge of our second string in the Wyvern League.

Chairman, Neil Redman added: “We thank Dan and Morts (Dan Mortimer) for what they have done for the club in bringing over a young side which has done well this season – in a very competitive league.

"Credit also has to be given for some of the lads that they have brought across – Jack Bishop, Liam Buxton and Alex Jarrom to name but a few - they have come into the first team and not looked out of place.”

“Unfortunately, it has not worked out,” Redman added. “We hope that the squad will see out the remaining five games and will look to see where we are come the end of the season and a way forward.

"We have a good opportunity to build on some good young players which can only be healthy for our ambitions to be in the right half of the table and developing players for the first team.”

If anyone is interested in getting involved at this stage of the season then please contact the club.

Our next game in the Wyvern League is at home to United Services Portsmouth Sat, 9th February 2019 at Walton Lane. 2pm ko, followed by the visit of Baffins Milton Rovers on 16th, also 2pm ko.

We finish February with a trip to Horndean at Five Heads Park on the 23rd, 2pm ko.